An Introduction For Electric Power Wheelchairs 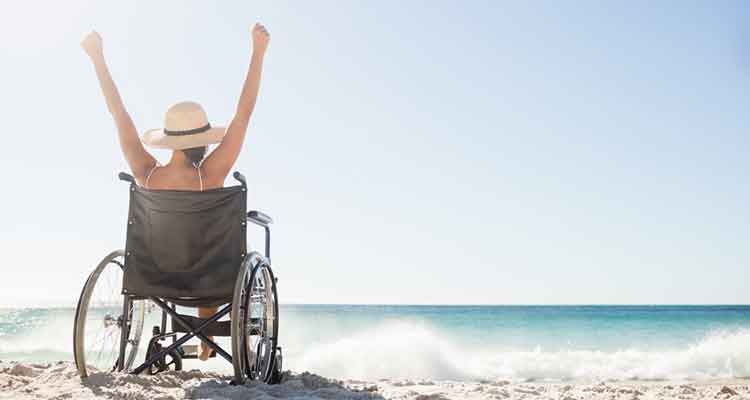 The electric wheelchair is today very popular and has been around since the early 1950′s.

Early electric wheelchairs used the frame of a manual wheelchair and added an electric motor to it.

Unlike manual wheelchairs, which require a great deal of upper body strength to use, electric wheelchairs require virtually no effort on the part of the user.

Today, some models are still available that use a traditional manual wheelchair design, but most use a molded plastic base, which contains the electric motor.

One or more batteries are also contained in the base of the electric wheelchair, which allows it to be used over great distances.

The range and top speed of an electric wheelchair vary by model, but most can travel 5 miles on a single charge and around 4 mph.

The weight capacity of electric wheelchairs varies by model, but 250 pounds is almost an industry standard.

The chair of the electric wheelchair, in some regards, resembles an office chair, with a high back and armrests on either side.

It includes a good deal of padding and can be reclined.

It also usually swivels to the left or right, allowing the power chair to be exited safely.

The chair, which is often called the Captain’s Chair, usually has foldable armrests to further facilitate smooth transfers into and out of the chair.

Some even have an electrical lifting system, which raises and lowers the chair.

This can be important if, for example, using a table that is higher than normal.

Most power chairs use a joystick control that is mounted to the armrest of the chair.

This design is the same as the first electric wheelchairs and can be configured for use on the left or right side of the power chair.

There are also some alternate controls available for those who are not able to operate the joystick.

Perhaps the most common alternate wheelchair control allows the wheelchair to be controlled by the user’s breath.

There are several other alternate controls, including a remote control that a caretaker can operate.

If you want to transport a traditional power chair, it is usually necessary to use a wheelchair lift.

However, portable power chairs are available, lightweight, and folded to take up less space.

These models closely resemble a manual wheelchair with a steel or aluminum frame and cloth seat.

However, they still weigh a great deal more than a manual wheelchair would.

The motor and battery are installed under the seat, and while these units often do not have as far of a range as other power chairs, they are easier to transport.