Choosing Between A Manual Wheelchair And A Power Chair 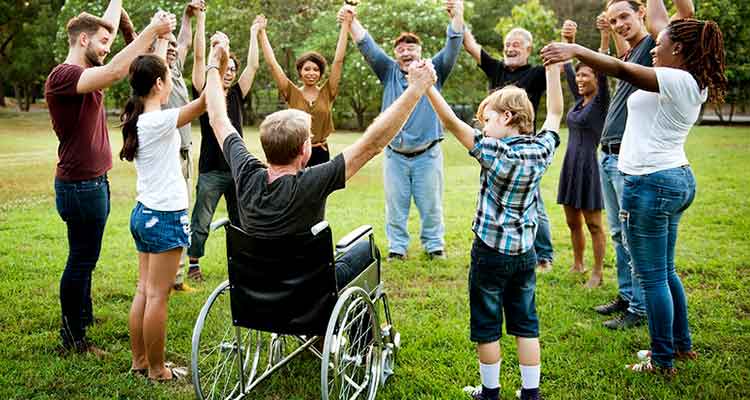 In today’s world, the choice of manual or electric often gets looked upon as an easy choice, with power almost always getting looked upon as the easier and more efficient solution.

This can be seen in most people’s choice of power tools, power windows, and power steering.

However, in the world of manual and electric wheelchairs, the choice is not so straightforward or easy, as both have advantages and disadvantages.

A Look Back at the History of the Wheelchair

Wheelchairs have been used for thousands of years, with images being found that indicate ancient Asians were among the first to use a wheelchair for those who had difficulty walking.

During the middle ages, wheelchairs would be relatively common, but because they had to be custom made, they were almost only available to those who had the resources to build them, such as nobility figures.

It would not be until much later that wheelchairs would take on a more standard design during the early nineteenth century, using a simple foldable lightweight steel tube frame.

Today, this same design remains incredibly popular among manual wheelchairs, and electric wheelchairs are also very common, with an electric motor concealed in a base made of molded plastic and a seat attached to the base of the wheelchair.

Choosing the Right Wheelchair: The User

One of the first and arguably most important steps in deciding whether to use a manual wheelchair or an electric wheelchair revolves around the physical abilities of the wheelchair user.

As a result, using a manual wheelchair can be very strenuous, too much so for many.

There is, of course, also something to be said for personal preference, as many people enjoy using a manual wheelchair precisely because it requires more physical effort.

Many sports, such as wheelchair basketball, wheelchair tennis, and wheelchair racing, make extensive use of manual wheelchairs.

Many wheelchair users prefer the feeling of independence and flexibility offered by using a manual wheelchair.

Choosing the Right Wheelchair: The Location

As a result, many people prefer the simple and less complicated design of a manual wheelchair for home use.

However, those that will be using the wheelchair across larger distances, such as around town or driving around the neighborhood, might be better served with an electric wheelchair.

Choosing the Right Wheelchair: The Cost

For those who cannot get a Medicare wheelchair, Medicaid Wheelchair, or another insurance discount, an electric wheelchair might not be affordable.