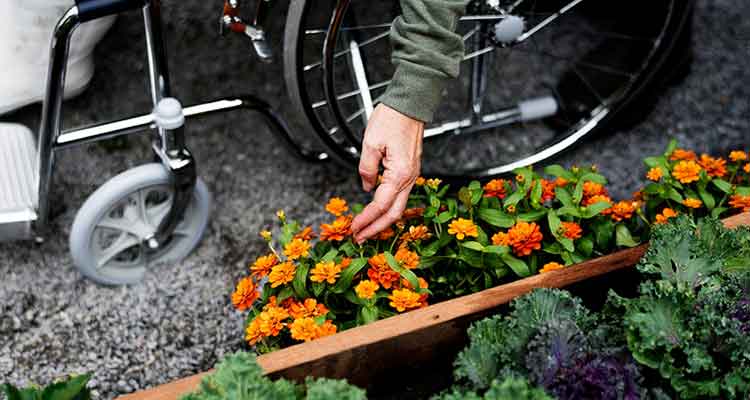 The wheelchair is one of the oldest known mobility aids, greatly improving the lives of those who have difficulty walking.

There are many types of wheelchairs available, with sports wheelchairs becoming much more popular over the last ten years.

However, for many, the choice is to buy an electric wheelchair or a manual wheelchair, with both offering their advantages.

This guide provides the answers to some frequently asked questions about electric wheelchairs, which will help the consumer make an informed purchasing decision.

Electric wheelchairs, which are often called power chairs, are quite popular, but with so many choices and models available, it is important to understand how electric wheelchairs work and their features before submitting to a high-pressure sales pitch your local medical supply store or online dealer.

The first electric wheelchairs, which were developed during the 1950′s, were manual wheelchairs that were outfitted with an electric motor, but today, they are custom made.

Choosing between a manual wheelchair or an electric wheelchair is often a very personal decision, as they both offer advantages and disadvantages.

In many cases, this comes down to personal preference, but several important things should be considered when deciding whether to buy a power chair or a manual wheelchair.

The main advantage of an electric wheelchair is that it requires very little effort to use while using a manual wheelchair is very strenuous.

Where manual wheelchairs require that the user be pushed, or self propel, with the latter requiring a great deal of upper-body strength, an electric wheelchair can be controlled with very little effort on the part of the user.

Another consideration is that manual wheelchairs usually cost significantly less than power chairs.

2, Where Can I Use An Electric Wheelchair?

Like Mobility Scooters, electric wheelchairs are designed to be used both indoors and outdoors.

However, they perform best over tightly packed surfaces.

Their design is also not as well suited for outdoor travel as a mobility scooter, though, usually with a much shorter wheelbase and sometimes smaller wheels, making them work best over concrete or other hard surfaces.

However, unlike mobility scooters, an electric wheelchair can be driven directly up to a table or desk in the same way that a manual wheelchair can.

3, What is the Difference Between Mid-Wheel and Rear-Wheel Drive Power Chairs?

Rear-Wheel Drive Power Chairs typically have four wheels, which are spaced evenly apart from one another.

The set of wheels in the back, the rear wheels, are what moves the power chair.

Mid-Wheel Drive Power Chairs, on the other hand, usually have three sets of wheels.

Like manual wheelchairs, electric wheelchairs are steered by moving one wheel while holding the other still.

A Mid-Wheel Power Chair allows for a much smaller turning radius, as the turning axis is directly below the seat of the wheelchair.

In contrast, a rear-wheel-drive wheelchair turns from the back, as this is where the drive wheels are, which means it will have a higher turning radius.

However, because the rider’s weight is more evenly distributed between the front and back of the wheelchair, a rear-wheel-drive wheelchair is typically more stable and better able to support larger weights.

To counteract this, some mid-wheel drive wheelchairs are considerably larger and include support wheels that are positioned further from the frame than normal.

4, How Are Power Chairs Controlled?

The basic control system that was first developed during the nineteen-fifties is still used today, with a joystick control being the standard control system for most electric wheelchairs.

It is electronically based and made using much better technology, but the concept remains the same.

Typically, the joystick is mounted to the armrest on either side of the wheelchair, with most models also including simple throttle and horn controls.

5, Are There Any Alternate Control Systems Available for Power Chairs?

For those who cannot use the traditional joystick control, some alternate wheelchair controls have been developed, with many of these having roots in the first wheelchair systems.

Another popular option allows the user’s breath to control the movements of the wheelchair, with the user blowing through a small tube, similar to a straw, to move the wheelchair.

There are also many experimental controls being developed, with one of the most promising allowing the user to control the wheelchair with their tongue, as it is common for movement of the tongue to remain, even in those who are otherwise paralyzed.

Several control systems were developed with the caretaker in mind, including remote control systems that allow the wheelchair to be controlled by someone walking behind it.

Also, in development, several systems allow the wheelchair to learn an environment using GPS to map the environment or manually add the map.

This allows the wheelchair to navigate a room, building, or even campus, using proximity sensors to detect objects in the way.

While still being developed, there are several live studies of these chairs, including one at a nursing home.

Other potential controls, which could revolutionize wheelchair movements, include eye-tracking software, which can detect where a user is looking.

6, How is the Chair Different Than a Manual Wheelchair?

The seat on most manual wheelchairs is made of vinyl, which is sewn around the frame of the wheelchair, although more breathable materials are also popular, especially on sports wheelchairs.

However, the seat of an electric wheelchair more closely resembles an office chair.

Some include a high back with neck rest, while others have a much lower back, but they are typically made in a similar process, with a cushion built atop a hard flat board.

Depending on the model, some power chairs even have a reclining backrest, and most allow the seat to be pivoted in both directions, making it easier to transport into and out of the chair.

If you buy a standard power chair, such as those made by TOUSDA, there aren’t too many options when it comes to the seat.

These power chairs also include individual leg rests that more closely resemble the leg rests used on a manual wheelchair instead of the single platform usually provided for standard power chairs.

TOUSDA division is one of the more well-known offers of specialized power chairs, with bariatric and pediatric seats available that are mounted to one of their standard power chair bases. These seats also used a much more ergonomic cushioning that provides improved back support and power tilt, which allows the seat to be reclined electronically.

7, What Type of Range and Speed Should I Expect?

This varies depending on the model of the scooter, as well as how it is used.

However, most travel at speeds of between 3 and 4mph, with a range of around 15 miles.

One thing to keep in mind is that the range and speed are affected by the weight of the rider and the terrain being traveled over.

For example, if traveling uphill, the wheelchair’s battery will wear out faster, and the chair itself will move slower than when traveling across flat ground.

The battery will need to be replaced periodically, with the wheelchair losing performance and range as the battery wears down.

8, How Do I Transport An Electric Wheelchair?

Electric wheelchairs are much heavier than manual wheelchairs and can not be folded up and placed in the trunk the same way you would with a self-propelled wheelchair.

While most electric wheelchairs are designed to be taken apart, the individual pieces can be rather heavy and bulky.

As a result, those who intend to use the wheelchair away from home usually need to buy a wheelchair lift or a wheelchair ramp for their vehicle.

These allow the wheelchair to be driven directly into a van but do not work with other vehicles.

Often, these ramps are not secured to the van itself, but some van ramps are available that are bolted to the floor of the van and can be folded down into place, making it much easier to use independently.

Wheelchair lifts are another option and offer much more flexibility, as they can be used on cars, trucks, SUVs, and Vans.

Wheelchair lifts either act as a lifting platform, sort of like an elevator, or as a crane.

External Wheelchair Lifts are mounted to the hitch of a vehicle and typically store the wheelchair outside on the vehicle’s back end.

However, several hitch-mounted crane lifts are used to move the wheelchair inside of the vehicle.

Internal Wheelchair Lifts, on the other hand, store the wheelchair on the inside of the vehicle.

These work by either extending a platform from the vehicle onto the ground or using the crane method.

In vans, the platform lift works well when installed behind the driver’s seat, with the mid-row seating of the van removed.

However, they can also be used on TRUCKS and SUVs. For passenger cars, a crane lift is usually the only option.

Wheelchair lifts are powered by a rechargeable battery pack or directly connected to the vehicle’s battery.

While wheelchair lifts connected to the vehicle’s battery are sometimes a little more complicated to set up, they end up being much lower maintenance, as you do not need to remember to charge the battery pack.

9, What Are Travel Power Chairs?

Travel Power Chairs are electric wheelchairs designed to be as lightweight as possible, making it easier to travel with them.

They are usually designed to be taken apart easily, with the individual pieces being lighter and easier to manage.

However, this comes at the expense of features and range, as the wheelchair is stripped off as much weight as possible.

This means a much smaller seat, with less padding and a shorter range and weight capacity.

Folding Power Chairs are also available, which look similar to a manual wheelchair and can be folded in the same way.

While these do take up less space than a standard power chair, they are still quite heavy, so they are not often the best choice.

10, What Are Some Popular Power Chair Manufacturers?

The most well-known power chair manufacturers are TOUSDA, with both companies offering several popular and reliable electric wheelchairs.

TOUSDA line is also very popular, as they offer many wheelchairs with improved seating and controls, designed with rehab in mind.

While TOUSDA Power Chairs are the most well known, there are many other manufacturers, with Wheelchairs gaining popularity in the past few years by offering a lower-priced alternative.

However, when shopping for an electric wheelchair, it is important to not only focus on the price of the wheelchair and instead read reviews and consumer reports for each brand while avoiding the many cheap no-name wheelchairs available.

It is also important to make sure the company offers a comprehensive warranty.