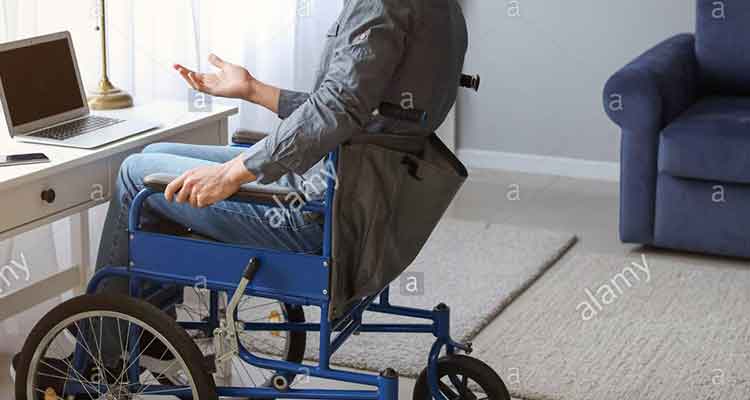 It’s sometimes hard to make a final choice in a rich market.

This concerns the market for walking aids, as well.

Moreover – when it comes to crutches, which represent the biggest share of this market – consumers might eventually get confused about what they need.

And after all, what they need is nothing else but convenience while having a long-lasting, short or undetermined rehabilitation process to experience.

Suppose you are about to use crutches to recover from a trauma or support your everyday lifestyle after surgery.

In that case, you might be now wondering, then, which one to pick: forearm crutches or underarm crutches.

Well, in general, they are both types of crutches.

And in most cases, both of these types are compatible with almost any diagnosis or rehabilitation plan.

Hence, there are specific medical conditions that require either forearm or underarm crutches only.

Sometimes, manufacturers even produce their forearm and underarm crutches in the completely same design.

This might be very confusing and even frustrating for those patients who have never faced the situation to make such a purchase.

And if this is your first walking aid to buy, a similar design might seem to you as similar functionality, too.

On the other side, generally, we would say forearm crutches come with completely different pros and cons compared to underarm crutches.

Although you will find hundreds of discussions regarding the advantage of the forearm or the underarm type, it’s hard to say that one of them is 100% the best choice to make.

That’s why it’s important for anyone who is about to select a pair of crutches to consider both the pros and cons of both of these crutch types.

We are going to do, though, not to list you some advantages, but instead, will pay attention to each feature the perfect crutches should have to check out if any of these two general crutch types possess it.

When it comes to using crutches, balance is everything!

That’s why it’s logical for any patient to ask: which crutch type does bring more opportunities to learn how to keep balance faster and restore it if during the last couple of days you have been struggling to learn how to achieve it?

Let’s answer this question right away!

Let’s start with the fact that if ordinarily, you can keep balance, even with trauma, you will eventually learn to be balanced on your crutches, too – regardless of whether you use forearm or underarm crutches.

You will need some time to practice and to adjust your crutches.

However, if you are not a balanced type, you should consider which crutches would help you cope with the problem.

Underarm crutches will suit you better if you do not have a good balance in your body.

It is easier to make a balance and coordinate while using underarm crutches.

It requires more practice to master forearm crutches, no doubts.

Which crutches are better for more flexibility?

Flexibility usually means no or at least minimum limits in movements when it comes to wearing crutches alongside your lady’s bag.

The truth is that if you are about to continue your normal lifestyle and it’s quite dynamic, flexibility is supposed to be a top priority for your final choice.

In this case, we, on the contrary, this time, would recommend you to get a pair of forearm crutches.

Experts claim that underarm crutches restrict your movements by up to 45% more than forearm crutches do.

You can have different gaits in different terrains while using forearm or elbow crutches.

If you can balance yourself with forearm crutches, then you can enjoy the freedom of movement without tiring yourself much.

Which type of crutches is better for passing the stairs?

Speaking of which, climbing up and down the stairs is another thing you should take under consideration! Well, in this case, once again, the forearm crutches are going to be more suitable for you.

If you live in a place where stairs are constant obstacles on your way, forget about underarm crutches.

You are going to get tired of them very soon.

Of course, this shouldn’t mean mandatory that underarm crutches are completely impossible to be used to climb up or down the stairs.

Keeping my upper body part strong – which crutches are better?

The question is almost equally asked that way – what if I am not that strong, and in this case which crutches are better for me?

In all cases, you don’t feel strong enough, or if you have suffered lots of interventions, including on the upper part of your body, you should go for that crutch type that will not burden your arms, neck, and back with additional efforts.

Besides doing your regular exercise routine from the general rehabilitation program you are prescribed to follow by a specialist, you should also buy yourself a pair of underarm crutches.

It’s because they are more just in distributing the weight as compared to the forearm crutches.

However, even if you have underarm crutches, don’t forget that all crutch types require some solid body strength.

Still, if you feel very weak, it’s better to go for the underarm crutches as they can assist you when walking.

Forearm crutches need you to have strength in your arms and core muscles (abdominal and pelvic region muscles).

Which crutch type to select if I should keep my posture in the correct position?

First of all, no matter what walking aid you use, you will be told by your therapist to pay attention to your body posture constantly.

No matter what you have by your side for some support, always think about the body position and keep it straight.

Still, forearm crutches are better in keeping the posture in a correct position than underarm crutches.

To be more specific, with forearm crutches, the whole posture straightening task gets easier.

The thing is that the forearm crutches faultlessly and naturally encourage the patient to stand tall and straight.

Meanwhile, you might be told even in the hospital or right in the store for walking aids that it has always been simple to walk with forearm crutches if your posture is good.

That is why if you select them for your walking aid, you might expect an instant improvement of your body posture as an extra to your overall rehabilitation process.

Which crutches come with fewer side effects?

They say prevention is the best cure, and we do agree with this statement.

That’s why it’s truly wise to consider what type of crutches to buy, depending on the side effects each of them can bring you.

In this comparison situation, we should say that forearm crutches represent the better option if you are prescribed to use crutches for a long period.

The thing is that the forearm crutches are possible cause permanent nerve damage or a condition medically referred to as crutch palsy.

There’s something else that is not cool about the underarm crutches. They usually need underarm pads to be installed without them.

You will eventually suffer from severe arm aches.

Dermatology issues are possible, too – such as skin irritation or bruises.

That’s why there’s a total myth in the world that, in general, forearm crutches are the better option.

They, indeed, seem to be more comfortable from the very first day you taste both of the types.

Never forget that choosing the right type of crutches is an individual decision!

Once you realize that and start looking for the ideal pair of crutches, especially for you (without being pressed by any subjective opinions), you will open your eyes to the most suitable type of walking aid.

Always consider your physical condition, as well as your diagnosis or medical plan for rehabilitation.

We want to remind you that this material has only an informative purpose, and a medical person has not written it.

Don’t forget to discuss your recovery or your crutch selection with your therapist.