Increasing Accessibility With A Power Chair 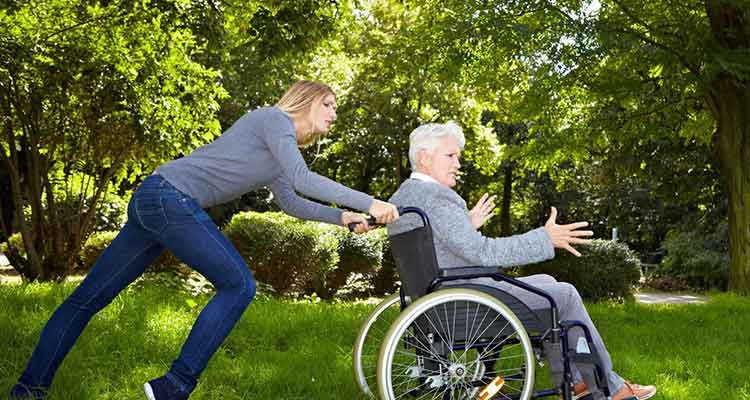 Today, many of those who use wheelchairs opt to go with an electric wheelchair.
Electric wheelchairs, which are also called power chairs, are popular for several reasons, including the fact that they can be operated with very little physical effort on the wheelchair user.

Today, power chairs remain very popular, but most do not share the same design as a manual wheelchair.
Instead, most modern power chairs have a small plastic molded base containing the electric motor, axles, batteries, and other electrical components.
A chair often referred to as the captain’s chair, is attached to the base and often looks more like an office chair, complete with armrests, extra padding, headrest, and in some cases, a reclining backrest.

While the overall design of the power chair has greatly changed since it was first invented over fifty years ago, one thing that is still very similar is the default control system.
The standard control system on electric wheelchairs is a joystick control attached to one of the chair’s armrests.
This allows the power chair to be moved in any direction by the push of a button.
However, unlike the original electric wheelchairs, modern wheelchairs also have a throttle setting to control the speed of the wheelchair.
They are also much more sensitive than the first wheelchair controls, deftly turning and controlling the wheelchair in a very fluid motion.

While the joystick control system is the default control for most electric wheelchairs, many people cannot use it.
Some alternate controls are available for these people, which can allow the power chair to be easily controlled even by people who are unable to move their hands.

Many of the popular alternate wheelchair controls are based around using the head.
Some systems allow the wheelchair to be controlled by head movements, and some use the individual’s breath to move the wheelchair.
There are also a great number of experimental wheelchair controls in the works.
This includes using magnets on the person’s tongue and even several that rely on a brain-computer interface, which uses signals from the user’s brain to control the electric wheelchair.

Electric wheelchairs are very powerful tools and remain to be one of the most popular accessibility tools.
While these devices have been around for over fifty years, modern power chairs are much more reliable, durable, and powerful than their predecessors.