The History Of The Modern Wheelchair 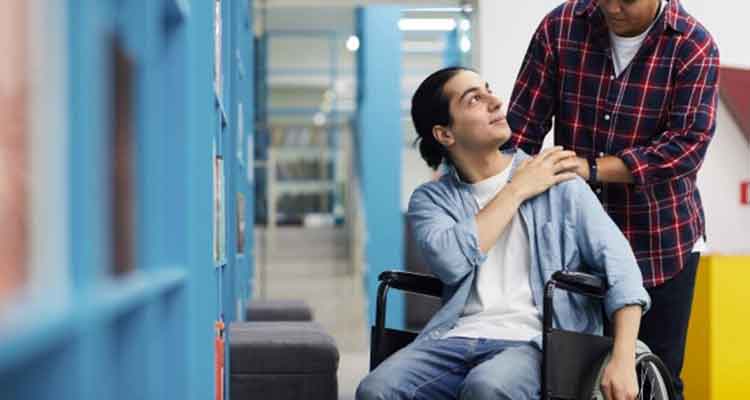 Wheelchairs have become one of the most common types of mobility vehicles and are used by people in every country in the World.

However, unlike many other types of inventions, the wheelchair is relatively new, and the modern wheelchair is less than 100 years old.

When the history of the wheelchair is considered, records can be traced back thousands of years that describe devices used by people who were unable to or had difficulty walking.

These early devices are classified as wheelchairs, but when you consider their design and how they were used, they are incredibly different from the modern wheelchair.

In these early times, building and constructing a wheelchair was very expensive and often only available to royalty.

It was also very common for early wheelchairs to work more as carts or even prams, in that the person using the wheelchair had to be pushed around by others.

There were, of course, several early self-propelled wheelchairs, but these often used hand cranks and were more of a novelty for kings rather than a tool for the disabled.

Towards the end of the nineteenth century and the early twentieth century, wheelchair design began to become more standardized, in part due to lessons learned during the civil war.

It was during this time that the wicker wheelchair became very popular.

These wheelchairs had two wheels on the side, with a third wheel in the back for support.

The wheelchair itself was mostly made out of wicker, woven fiber together to form a strong, rigid material.

The wicker wheelchairs had a very long back and were rather cumbersome.

Even though they often had larger wheels on the sides, it was seldom easy or even possible to self-propel with this type of wheelchairs.

Also, due to their large size, transporting a wicker wheelchair was not something that could be done easily or without expending abnormal resources.

Still, the design of the wicker wheelchair worked very well, and hospitals all over the country adopted this design.

Some people would also construct wooden wheelchairs, using a similar design to the wicker chair, only using wood boards instead of wicker.

Wicker wheelchairs would remain popular for about twenty years, up until the mid-thirties, when a new type of wheelchair was developed.

It was at this time when the wheelchair was developed, which would revolutionize wheelchair design.

The wheelchair was designed by two inventors named Everest and Jennings.

Herbert Everest was an engineer who had suffered a back injury and used a wheelchair.

With Jennings, another Engineer, Everest set out to address several issues that made using a wheelchair in the 1930s very difficult.

Specifically, they developed a lightweight folding wheelchair, which could be easily traveled with.

The wheelchair used hollow metal tubes to provide excellent strength and support without adding too much weight.

It also featured large wheels on the side, which could be self-propelled by the user.

This design is still used today, and its influence can be seen in almost all manual wheelchairs.

PrevPreviousWhat Are Modern Power Chairs?
NextWhat Does A Wheelchair User Do When Life Is Difficult?Next
Scroll to Top